How Technology Is Adapted from the Racetrack to the Road

From the sidelines, a Ducati Desmosedici GP20 looks like a bright red blur hovering across the racetrack. You can hear the MotoGP racing bike revs and smell the exhaust long before the carbon and metal beast comes into view. But beneath the aluminum alloy frame is a twisting configuration of wires, tubing and sensors—all of which work in-tandem to make the bike zip along the track. And these bikes go fast; the 2020 Ducati Desmosedici can reach racing speeds of up to 220 miles per hour—a blur indeed. 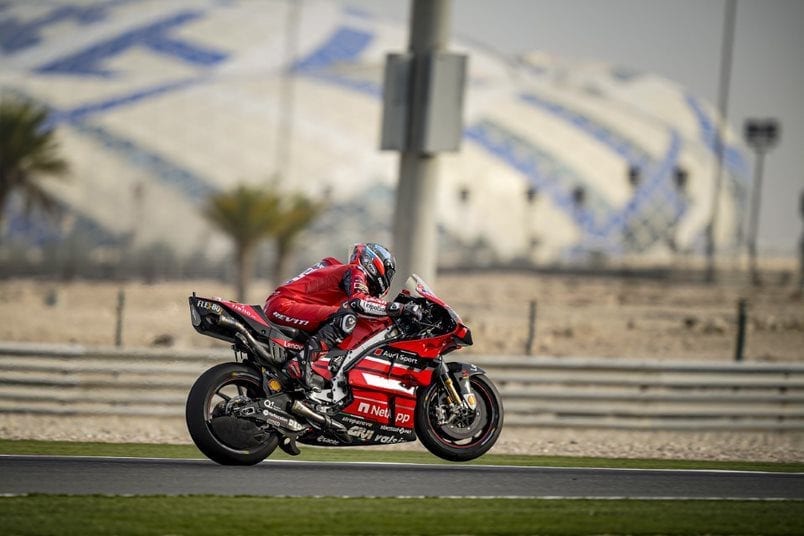 The motorcycles one finds on the MotoGP racetrack work much like motorcycles have always worked. Every bike has a gasoline engine, a transmission, a steering wheel and brakes. But to create bikes that move at breakneck speeds and keep riders on safely on the track, teams have equipped their machines with an incredible range of technology that controls everything from the stability of the bike to the traction of the tires.

One of the undisputed leaders in motorcycle technology is Ducati Corse. Though the team first appeared on the MotoGP track in 2003, Ducati has been building and perfecting motorcycles for decades — and the newly unveiled Desmosedici GP20 is testament to nearly a century of innovation and iteration. Some critics have called it the best bike on the racing block — a designation the team hopes to prove when MotoGP kicks off its 2020 season. 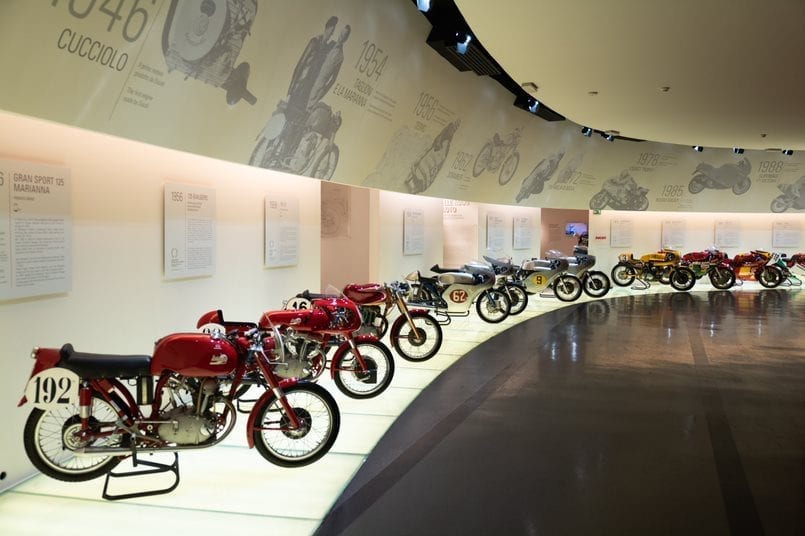 The pursuit of data and new technology isn’t merely in the service of winning races. Ducati Corse serves as a testing ground for proprietary technology that eventually makes its way to Ducati’s storied lines of consumer-grade road bikes — bikes with names that belie their ferocious power: the Streetfighter, the Hypermotard, the Monster.

“Most of what we do in racing translates to something our customer can enjoy in the future,” Ducati Corse Sporting Director Paolo Ciabatti explained.

According to Ciabatti, racing helps Ducati to study and perfect various motorcycle technologies “that probably wouldn’t have been developed” otherwise.

“We learn a lot of lessons on the racetrack that help us make better bikes for the road,” he concludes.

Consider the Panigale V4, widely deemed the world’s most powerful production motorcycle. Lessons learned on the track have directly contributed to the style and speed of the sporting bike, Ciabatti said.

The V4 engine that equips the racetrack-ready Desmosedici, he said as an example, “served as the base of production for the Panigale’s V4 engine.”

The Panigale V4 is Ducati’s flagship sporting bike and one of the fastest production bikes you can ride off the racetrack. Originally developed for World Superbike racing, the Panigale V4 is Ducati’s first large production street bike with a V4 engine, which, like the Desmosedici V4, is incredibly powerful, delivering upwards of 214 horsepower at 13,000 revolutions per minute.

However, unlike the Desmosedici — a bike built specifically for racing — the Panigale V4 was designed with ease-of-riding and durability in mind. The Panigale’s engine, for example, can achieve power and torque at slower speeds than the Desmosedici, while its chassis has been perfected in order to maximize stability and mobility. 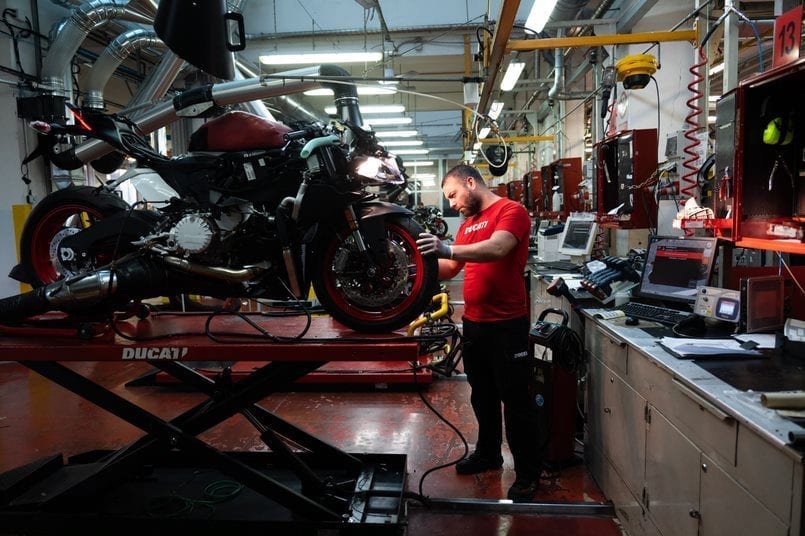 Every bike Ducati sells is sports-oriented, Ciabatti stresses, but the priorities in developing a consumer bike differ from those for a race bike. Performance, reliability, and durability, together with a unique style, are the foremost goals for consumer bikes — concepts that Ducati perfects on the racetrack.

“In racing,” Ciabatti says, engineers can take “technological developments to the extreme” and let their creativity soar. This directly impacts Ducati’s host of sport bikes.

When an engineer has an idea for a Ducati Corse bike, that change will likely be implemented in under a year as even seemingly minor tweaks can mean the difference between a first and last place finish—many MotoGP races come down to mere seconds. In 2015, for example, Ducati Corse unveiled winglets on the Desmosedici—the first time the MotoGP racetrack had seen such a feature.

“Aerodynamics has been applied for many years in car racing, but it was altogether neglected in motorcycle racing,” Ciabatti says. “As we started developing the winglets, our competitors were not convinced—some even laughed at us.” 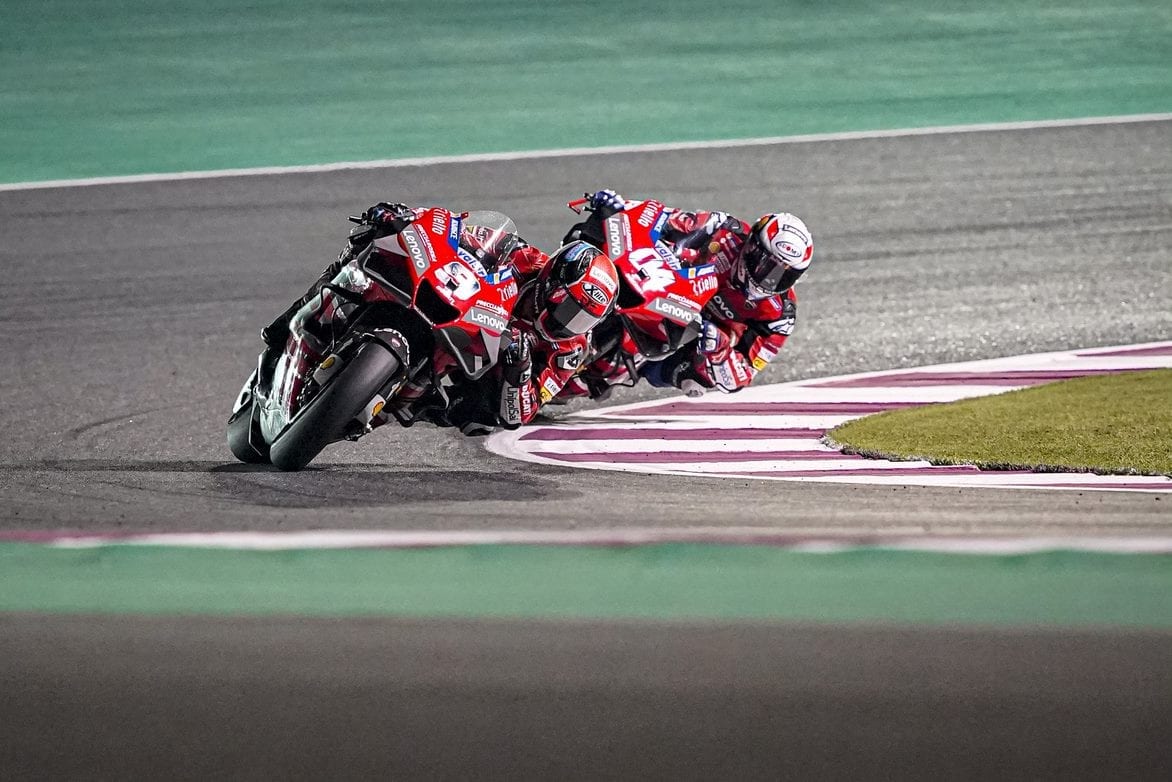 Now, Ciabatti notes triumphantly, every bike on the MotoGP track has aerodynamic winglets.

The development of racing technology—like the bikes—moves at “high-speed.” The process is fastened with help from advanced computer simulations, created on Lenovo computers. Through modeling, Ducati engineers can virtually test out new concepts and designs and test safety and efficacy — long before a prototype is tested or even constructed.

Because of this, Ciabatti says, “It takes less than one year for development of a new feature on the racing bike—it’s a very advanced department.”

Consumer technology takes longer to make its way to the road. Any new bike iteration must undergo years of testing not only to ensure safety, but long-lasting durability. Road bikes are built to withstand years of wear and tear, whereas a racing bike’s tenure ends with each season.

“Our production bikes are super- fast,” Ciabatti says, “but we also need them to be reliable for many years.” 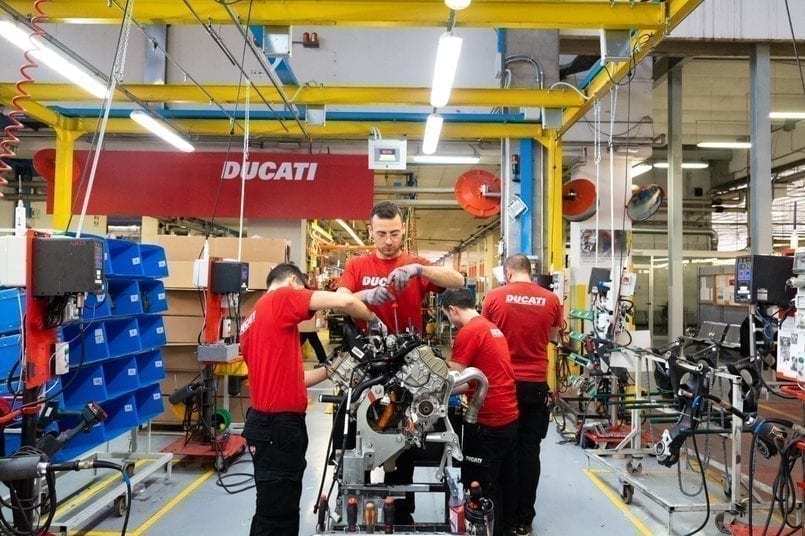 Ciabatti points to the Panigale’s aerodynamics in illustration. Inspired by their success on the racetrack, Ducati decided to try winglets on consumer bikes to see if “it helped the rider to brake and turn-in the corners with more stability.” It worked — but only after months of testing and tweaking.

The future for Ducati Corse and its line of factory bikes remains an unwritten story. Given how much the sport and its bikes have developed in the last five years, Ciabatti says, it’s difficult to predict where it will go next.

Nonetheless, he has an idea.

Nonetheless, the implementation of electric bike technology is still likely years away. As Ciabbatti explains, “You can have heavy batteries on a car no problem, but on a bike weight makes a big difference. These machines are very light.”

For the moment, Ciabatti says, Ducati is focused “on developing things that make the ride safer: electronics that allow you to brake while cornering, airbags in clothing, and so on.”

“We race because we have a great passion for racing,” Ciabatti concludes. “But that’s not our ultimate purpose…. we’re always working with the consumer in mind.” 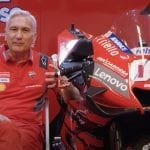