If you’re like me and enjoy geeking out over the latest and greatest tech updates for desktop workstations – I know, not surprising considering my role at Lenovo – you probably noticed the buzz last week coming out of GTC around the new NVIDIA RTX A6000 desktop GPU. If by some chance you missed this industry news, let me help bring you up to speed and dig into how the ThinkStation P620 will uniquely maximize the performance of NVIDIA’s new technology as the first and only professional workstation to support PCIe Gen 4.

Built on the new NVIDIA Ampere architecture, the RTX A6000 combines 48GB of graphics memory with 84 second-generation RT Cores, 336 third-generation Tensor Cores, and 10,752 CUDA cores that accelerate graphics, rendering, compute and AI significantly faster than previous generations. In fact, you can even connect two RTX A6000 GPUs with NVIDIA NVLink for a total of 96 GB of combined GPU memory. I know, my mind is blown, too.

This all sounds good, but what exactly does it mean and who needs this?

Great question. Let’s back up and talk about PCIe Gen 4 and why it matters first. At its most basic level, PCIe Gen 4 delivers the next evolution of data transfer rates – doubling the performance of Gen 3 and pushing graphics and storage capabilities to new heights. In our preliminary testing, we are seeing 1.5 to 2x faster performance on read and write tests for storage speeds from Gen-to-Gen, not to mention this new technology will be able to “talk” faster to all of the different components within the system, maximizing workflows even further. 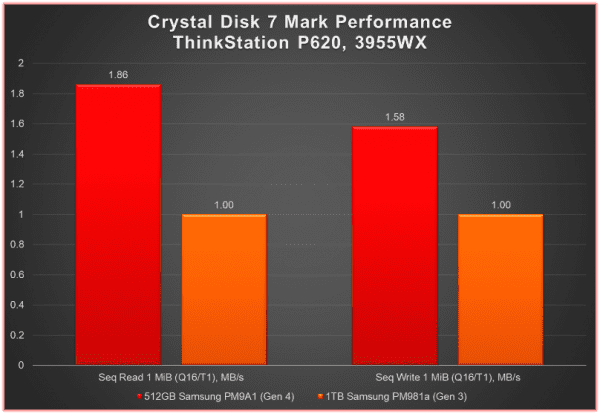 Designers, engineers and artists now have the power they need to meet today’s ever-changing demands, right from their desktop. From engineering amazing products and designing state-of-the art buildings, to driving scientific and medical breakthroughs and creating immersive entertainment experiences, the speed of PCIe Gen 4, along with this new GPU from NVIDIA, give users access to a uniquely powerful solution on the market.

For instance, artists and production studios developing content for film, television and video games are under constant pressure to deliver the increasingly higher fidelity experiences that audiences have come to expect. This challenge is made even trickier thanks to the complex requirements of the workflows needed for creating and delivering 4K and 8K content.

I had the opportunity to talk with Chris Nichols with Chaos Group, which creates rendering technology to help artists and designers render anything from stylized to photoreal projects, who tested out Lenovo’s recently announced ThinkStation P620.

“Ray tracing is responsible for creating the most realistic images in all computer graphics, and the calculations take serious computing power. V-Ray, our award-winning ray-traced rendering software, is specially designed to take full advantage of your hardware,” said Christopher Nichols, Director of Chaos Group.

“On the Lenovo ThinkStation P620, V-Ray used the combined power of NVIDIA GPUs and 128 CPU threads—all rendering at full speed—to finish in a fraction of the time. In addition, the new PCIe Gen 4 bus allows for faster data transfer, resulting in a faster start as well. For rendering, the ThinkStation P620 is a monster machine.”

This means those working in media and entertainment can now render faster, iterate more, accelerate production pipelines, and work in real time with complex geometry and high-resolution textures. Professionals across AEC, manufacturing, healthcare, AI and data science will also experience faster and more interactive performance than ever.

And even though the industry will have to wait until early 2021 to take advantage of NVIDIA’s new RTX A6000 GPU, the ThinkStation P620 is now available and shipping, offering users the ability to future proof their investment today. With speed and platform stability, organizations can get the most out of their investment, supported by AMD’s Ryzen Threadripper PRO processor, faster memory and storage, next-generation graphics and other upcoming PCIe Gen 4 offerings.

If you want to try the highest performing single-socket workstation available for yourself, see configuration and details here: www.lenovo.com/p620. 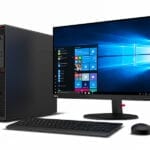 Marking a new generation of workstation computing with Lenovo’s launch of the ThinkStation P620, adding a first-of-its kind workstation to the tower portfolio. 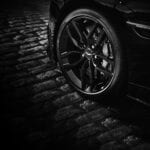 Aston Martin choses Lenovo as their Official Workstation Partner because of the strong performance and the reliability of Lenovo’s technology. 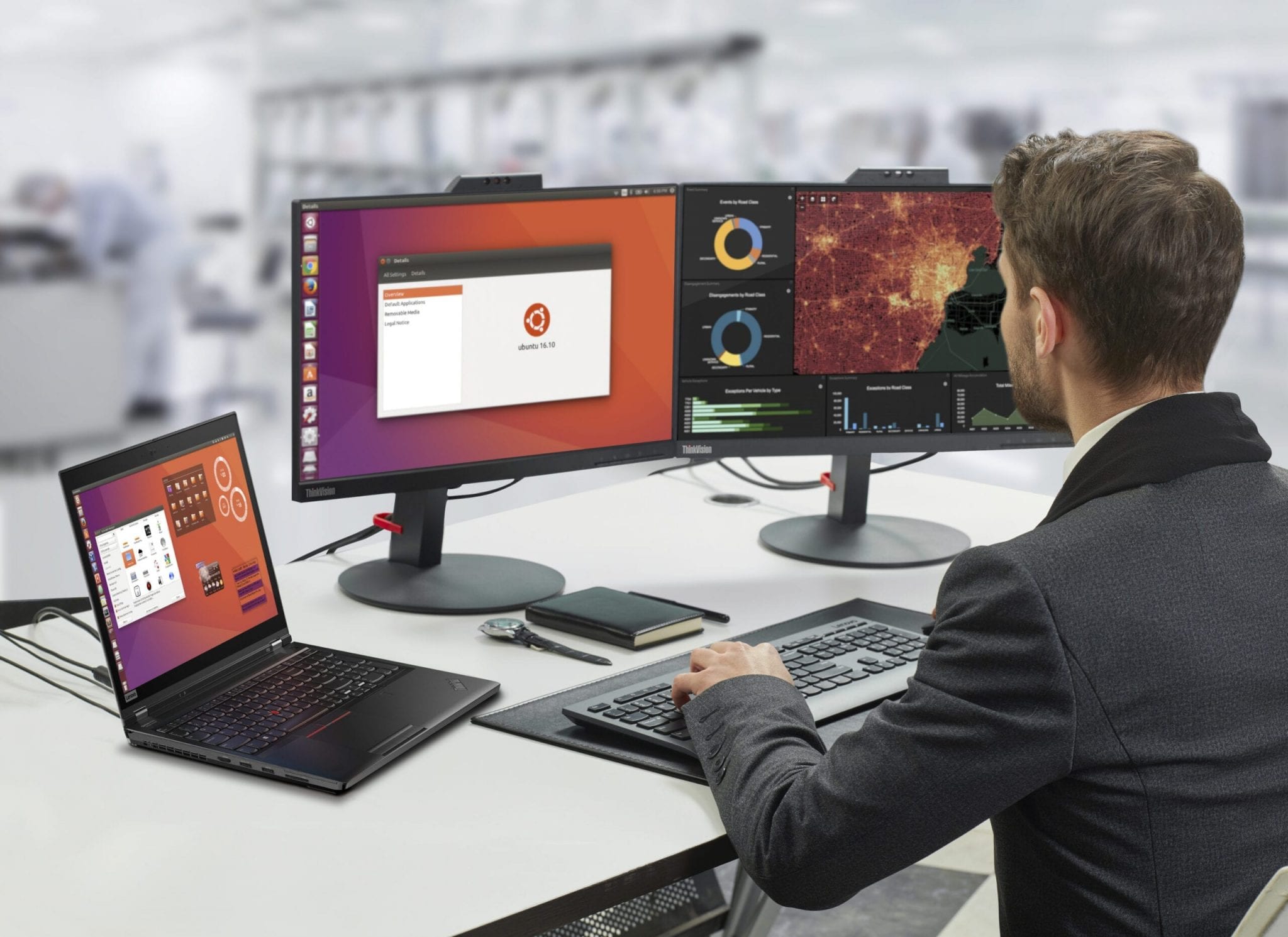 Lenovo is moving to certify the full workstation portfolio for top Linux distributions from Ubuntu® and Red Hat® – every model, every configuration.