Imagine completing high school and then being served one of life’s toughest blows: losing your vision. This was Henry Wanyoike’s reality in 1995 when he suffered a stroke that affected his optic nerve and left him blind—a devastating setback at just 21.

What followed was a period of pain and darkness, what Wanyoike called “a tough beginning,” until he joined a rehabilitation program that helped him adjust to life without his sight. Through that program he was able to interact with other blind people, which gave him hope that he too could live a full life, including getting back to his passion for running.

Today, Wanyoike is a Paralympic world medalist for the visually impaired. With the help of a guide, Henry has run numerous marathons around the world, earning medals and other accolades along the way. Among them, he was recognized as a UN Person of the Year and in 2005 was named Kenyan Sportsman of the Year when he broke two world records in the space of one week!

When Wanyoike is not busy breaking world records and winning marathons, he dedicates his time to championing children’s education in his village of Gitaru. Following his Paralympic wins in Athens and Sydney, Wanyoike used his prize money to set up a kindergarten—Teresia House of Hope—in his village to offer free education to kids in the area.

What differentiates Teresia House of Hope is its digital literacy program through which kids are taught to use tablets to complement their learning. In 2018, the Lenovo Foundation awarded Wanyoike’s foundation one its first-ever Love On mini-grants to support ongoing STEM education.

“The vision we have for this Lenovo grant is to see the lives of these children transformed, we want to see them being innovative through this digital platform,” said Wanyoike.

With the grant from the Lenovo Foundation, the Henry Wanyoike Foundation acquired tablets for their digital literacy program. Some of the funds also went towards training their teachers on the use of the tablets so that they could be better prepared to teach the kids. Additionally, some of the funds went towards extending the program to other members of the community by hosting them at the school during the holidays so that they too could benefit from the program.

The government of Kenya has also taken a keen interest in digital literacy. In 2013, President Uhuru Kenyatta launched the One Laptop per Child initiative to decrease Kenya’s digital divide by prioritizing technology education and giving each first grader a laptop.

This project was born from the realization that technology defines our world, and in order to keep up with the rest of the world, Kenyan students need to be equipped with competitive technology skills so that they can thrive in the smart 21st century workplace.

However, the program didn’t live up to its promise for various reasons. Key among them is a lack of proper infrastructure in some schools. Simply put, digital inclusion is hard to achieve when other basic needs are not being met. Students in parts of Kenya are studying under trees and others in mud-walled buildings.

Beyond that, the success of the government’s digital literacy program was limited by high costs of implementation countrywide and lack of proper computer literacy training for the teachers themselves.

This is why Wanyoike’s work is so important. His foundation reaches students who would otherwise fall through the cracks. Further, by starting them off in Kindergarten, they’re able to get a head start compared to other kids in their area.

Seeing the impact Wanyoike makes in his community inspired me personally when I had the privilege of meeting him at the end of 2019. I left humbled and inspired about the value and potential of technology to create opportunity. The experience was a great example of how sometimes all it takes to make a difference is a small group of passionate, dedicated individuals.

For me, it was also a great reminder of how proud I am to be a part of a company whose philanthropic efforts are enabling difference makers like Wanyoike to make a real impact in their communities. 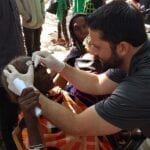 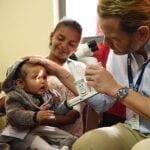 Providing the Gift of Sight through Training and Technology

Orbis leads the global fight against blindness, bringing care to communities around the world From the moment we open our eyes each morning, we are reminded how important and wonderful it is to be able to see. The alarm clock may not be anyone’s favorite sight on a workday, but the faces of loved ones […] 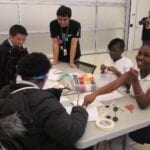