Players can play as six iconic Marvel Heroes and battle nefarious villains, across an original Marvel story, right in their living rooms.

September 5, 2019: Following the successful launch of Star Wars™: Jedi Challenges, Lenovo™ and Marvel will immerse fans in one of the world’s most beloved franchises with the new MARVEL Dimension of Heroes, available only on Lenovo Mirage AR. This new smartphone-powered augmented reality experience lets players harness the powers of six legendary Marvel Super Heroes in an original story which sees them take on infamous Super Villains standing right before them in their own living rooms.

Players download the free MARVEL Dimension of Heroes app onto a compatible smartphone1,2, and with the power of the Lenovo Mirage AR headset and new dual Universal Controllers3, they can embark upon an adventure spanning three full-fledged modes and an incredible variety of augmented reality playstyles. With the new controllers3, players can use both hands4 to punch, slice and blast their way through exhilarating battles, while ducking and dodging enemy attacks, thanks to Lenovo Mirage AR’s freedom of movement. 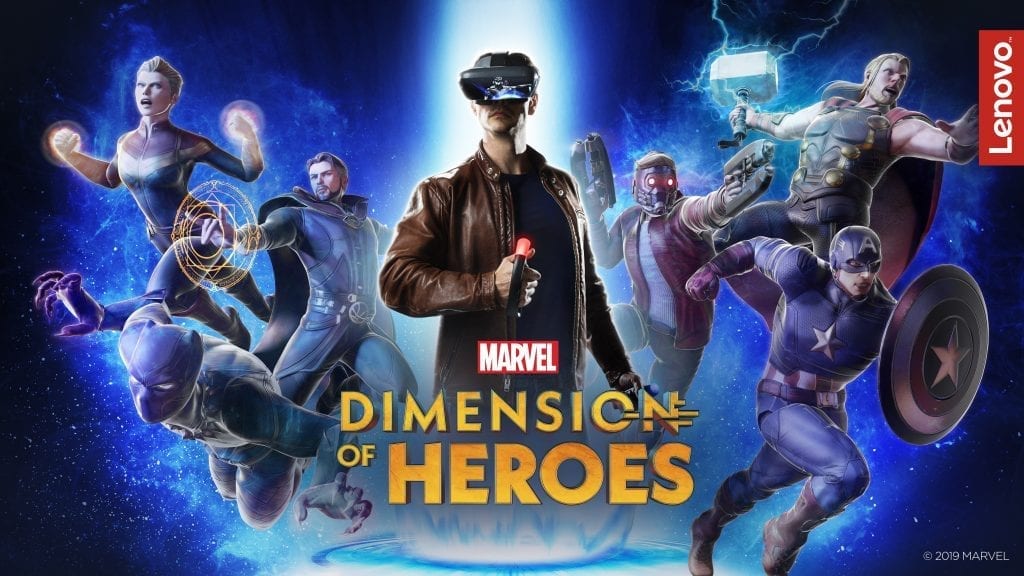 In MARVEL Dimension of Heroes, players wield the legendary weapons and powers of Doctor Strange, Captain America, Thor, Black Panther, Captain Marvel and Star-Lord against a host of augmented reality Super Villains. The game2 is playable across the following three modes:

Users begin by downloading the MARVEL Dimension of Heroes app onto their compatible smartphone1 and inserting it into the tray of the Lenovo Mirage AR headset. The lightweight headset senses the user’s movements during gameplay, aided by a Tracking Beacon placed on the floor to serve as its fixed reference point in physical space. 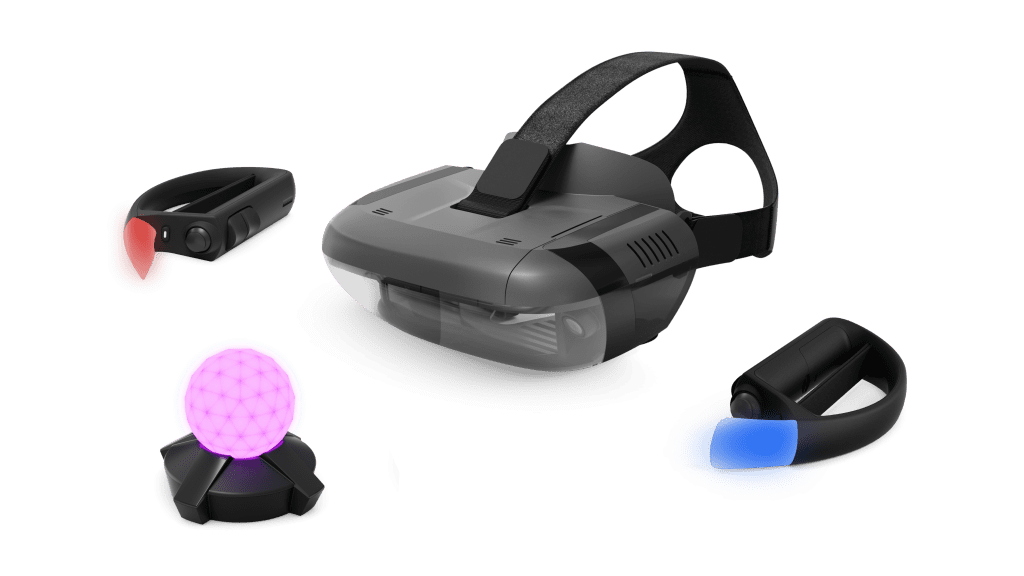 No more sitting idly staring at a screen. Now players can engage and fight their enemies in free and natural motion through the headset’s inside-out positional tracking (enabled by two built-in fisheye sensors). The headset pairs with the Lenovo Mirage AR Universal Controllers3, which are worn over the knuckles to give players an empowering sense of control over their weapons and superpowers. The controllers3 also allow for complex hand and wrist motions that combine offensive and defensive moves, and its control buttons are dynamically adjusted to function on hold release or press, allowing for intuitive open hand gestures and control of complex artillery.4 As a result, each one of the six Super Heroes feels like a completely distinct character and playing experience, with entirely different move sets and controls.

About Marvel Entertainment
Marvel Entertainment, LLC, a wholly-owned subsidiary of The Walt Disney Company, is one of the world’s most prominent character-based entertainment companies, built on a proven library of more than 8,000 characters featured in a variety of media over eighty years. Marvel utilizes its character franchises in entertainment, licensing, publishing, games, and digital media. For more information visit marvel.com. © 2019 MARVEL

About Lenovo
Lenovo (HKSE: 992) (ADR: LNVGY) is a US$50 billion Fortune Global 500 company, with 57,000 employees and operating in 180 markets around the world. Focused on a bold vision to deliver smarter technology for all, we are developing world-changing technologies that create a more inclusive, trustworthy and sustainable digital society. By designing, engineering and building the world’s most complete portfolio of smart devices and infrastructure, we are also leading an Intelligent Transformation – to create better experiences and opportunities for millions of customers around the world. To find out more visit https://www.lenovo.com, follow us on LinkedIn, Facebook, Twitter, YouTube, Instagram, Weibo and read about the latest news via our StoryHub.

1 Smartphone is sold separately. For a list of compatible smartphones, please visit www.lenovo.com/MirageAR. All smartphones compatible with the original Star Wars: Jedi Challenges are also compatible with MARVEL Dimension of Heroes.
2 MARVEL Dimension of Heroes and Star Wars: Jedi Challenges apps subject to availability.  Some content and experiences may require a future download.  Additional data rates may apply when downloading the application.
3 Dual Universal Controllers may be bundled with the Mirage AR headset and Tracking Beacon and/or purchased separately on www.lenovo.com.
4 Two-hand gameplay available only for MARVEL Dimension of Heroes.
5 Within range of the Tracking Beacon.
6 Prices do not include tax, shipping or options and are subject to change without notice; additional terms and conditions apply. On-shelf dates may vary by geography and products may only be available in select markets. All offers subject to availability. Lenovo reserves the right to alter product offerings, features and specifications at any time without notice.