Sharing the Power of Encouragement and Mentoring for Women in Tech

When it comes to making women and other minorities more comfortable in technology workplaces, leaders need to own their own biases. That was one of the takeaways from Lenovo Executive Director Ruth Sleeter as she and other technology leaders spoke at the annual Cisco Women of Impact event in March. The global annual event, hosted by Cisco, is designed to grow the number of women working in technology by building a supportive community. 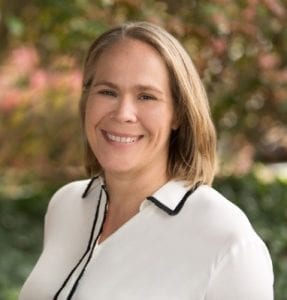 “When we respond to be people, it’s either about who they are, what they are saying, or how they are saying it,” Ruth shared during a panel about mentoring, sponsorship and advocating for women in technology careers.

“If you aren’t responding to the ‘what’ but the ‘who’ or ‘how,’ there is a good chance you are the problem and are acting on your own biases,” Ruth shared. “We have to recognize our biases and recognize that we might be problem.” Leaders, she said, have a clear role in creating workplaces where all can thrive.

Technology companies of all sizes are focusing on bringing more women and minorities into technology careers, recognizing diversity’s value in creating and delivering new tech products. While the demand for employees with computer science skills is growing – an estimated 3.5 million jobs in 2026 in the United States, the numbers of technologists with computer science degrees entering the workforce are not keeping pace. And for women the numbers are more concerning: in 1985, 37 percent of 1985 computer science bachelor’s degree recipients were women; by 2016, percentage dropped to 19 percent.

Ruth was joined on the panel by Cisco technology leaders Christian Bagby, Cisco vice-president for workplace resources, David Richards, Cisco customer delivery manager for CX Cisco, and Tess Bradford, president and co-founder of the North Carolina-based non-profit organization, Her Spark. Each shared some of the tactics they use to create technology workplaces that are welcoming to women and minorities. 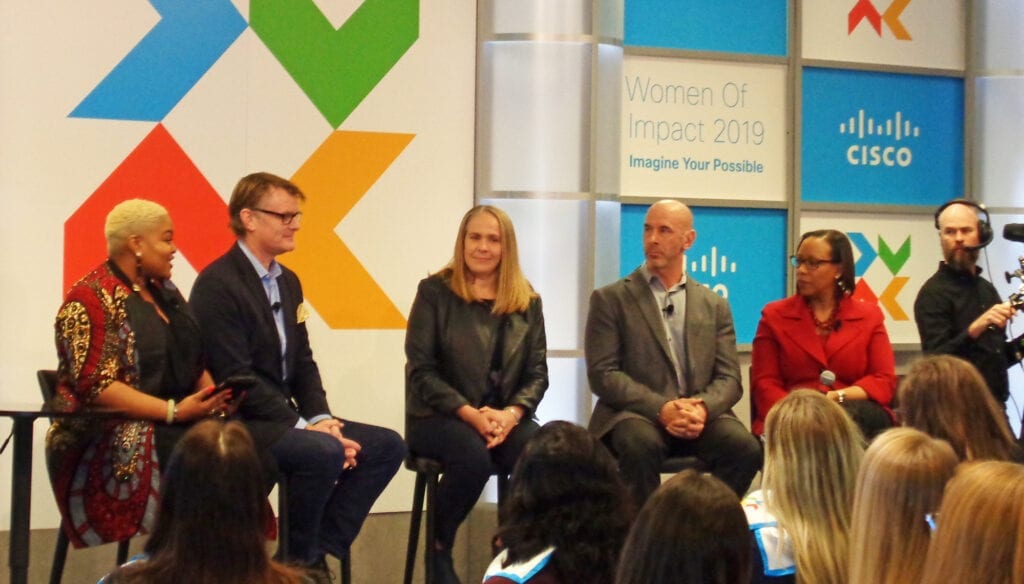 Leaders, especially men, have to be intentional about making sure their teams are places where different voices can be heard and welcomed. Christian noted that leaders have to be open to receiving difficult feedback and having “courageous conversations” about how they advocate for diversity on their teams. “Sometimes that we means we need to be told about our bias and where we get it wrong,” he said.

For Ruth, making work more inclusive and ultimately better for people and our companies means dealing with the “rocks” of others’ biases and assumptions.

“For many women or minorities in technology, the experience is like pushing a rock with one hand while trying to still doing your job with the other hand,” Ruth shared. “You are paying attention to how others perceive you and worrying about being the only one in the room – that’s the rock. Imagine what you could do if that rock wasn’t there or was at least smaller?”

“If we can create more inclusive workspaces for women, they can focus on bringing their talents to the challenges and opportunities of our companies, and not managing that rock.” 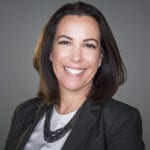 Six decades ago, an ambitious young woman who graduated at the top of her class at Columbia got rejected by 41 law firms. Her name? Ruth Bader Ginsburg (RBG). Just this past year, this judicial phenomenon marked her 25th anniversary of sitting on the US Supreme Court. According to 2018 data1, law schools in the […] 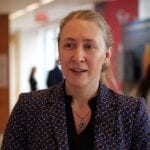 Lenovo Employee Shares Insights After Inclusion in the Workplace Summit

Before Lenovo joined the Atlantic to host the Inclusion in the Workplace summit in New York on March 7, we invited employees to compete for a chance to attend. The call was simple: What does inclusion mean to you and how can Lenovo build a more diverse, inclusive company? Employees across the United States applied, […] 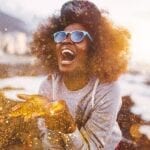 Five Women Who Innovated for a Better World

For International Women’s Day, we looked beyond Lenovo to celebrate brilliant visionaries who innovate for better—better connectivity, a better environment, better access in underserved areas, and better solutions for some of our biggest global challenges. There are, of course, countless women we could have chosen who have radically improved our world—but there would be even […]