“It was exciting to see how eager the campers were to learn more and how equally excited the Lenovo employees were to help the campers learn new skills and explore their passions,” said Kristy White, chief development officer of ASNC.

The visiting students were part of ASNC’s Camp Royall, which provides traditional camp programs tailored for the needs of children with autism. This was Lenovo’s third philanthropic event with the Hurricanes, a partnership created through a shared commitment to the local community.

“Lenovo created an invaluable experience for campers to see a future for themselves in STEM,” said Sydni Collins, project manager for the Lenovo Foundation, which orchestrates the company’s community outreach. “We came together to create an outlet in which we could capitalize on the thing these unique children do so well in a world that constantly tells them what they don’t do well.”

The Lenovo Foundation is dedicated to increasing diversity in STEM fields and moving toward a more inclusive future. In practice, this means creating opportunities for all people, regardless of background, ability, or access to technology. 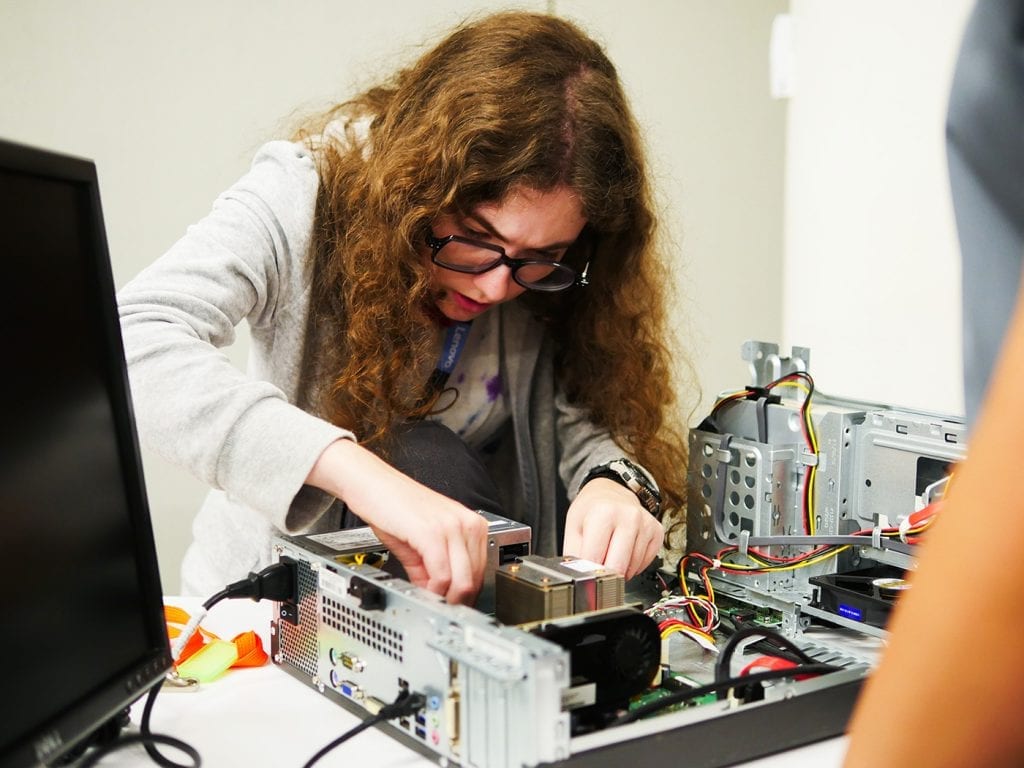 To start the day, the students cracked open PCs and began a meticulous refurbishing process. The Kramden Institute—a Durham-based nonprofit dedicated to increasing access to technology—led the session alongside Lenovo volunteers. Some students were initially reluctant to remove and install hard drives, but they soon warmed up and embraced the challenge. After all, how often do kids get to dismantle computers and give them a new life?

“One of the campers shared that he didn’t know he would be so good at the activity,” White said. “The experience gave him confidence for his future, which is an incredible gift.”

That afternoon, the group toured Lenovo’s consumer products and data center servers and also explored worlds far beyond North Carolina: the depths of the ocean and the surface of Mars. In Lenovo’s virtual reality lab, students slipped on VR headsets, grabbed motion-tracking wands, and tested cutting-edge immersive technology. They even visited a virtual carnival and launched flaming arrows into moving targets. 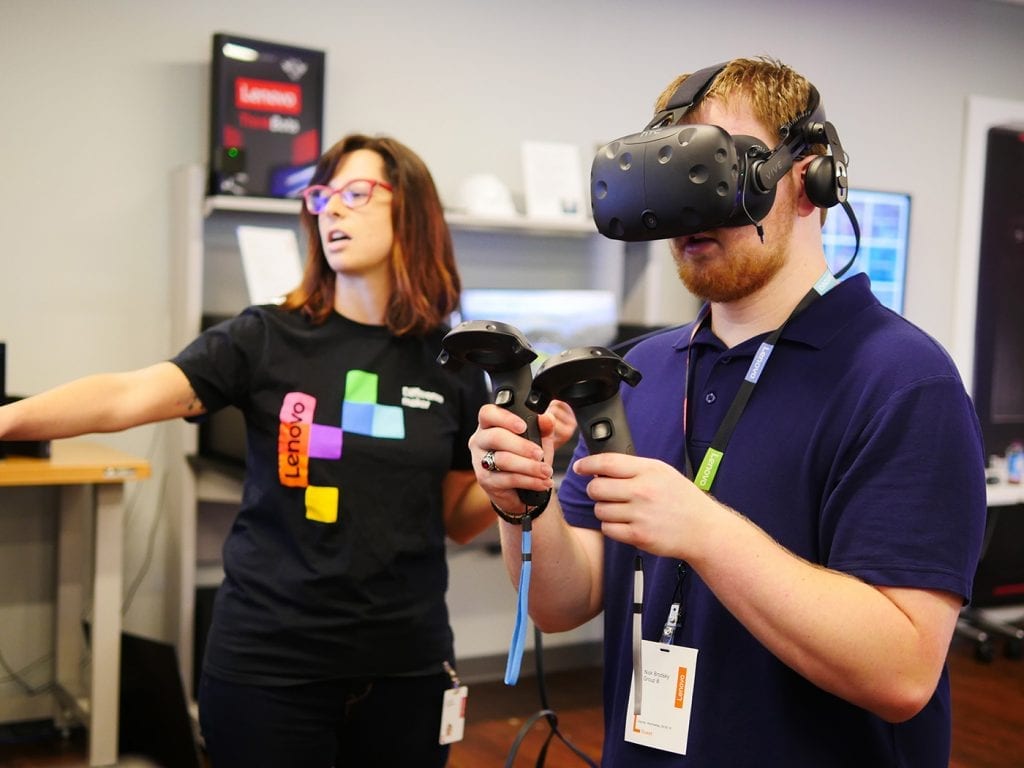 “VR gives us the chance to travel and experience places that would not normally be accessible, like coral reefs,” said Lenovo’s Scott Ruppert, who led the VR session. “The students’ visit was awesome because it reminds us of how powerful this technology can be.”
Hurricanes defenseman Haydn Fleury joined in the fun, answering questions about his life on the ice and trying his hand at VR archery. But his skills really shined in the next event.

As Hurricanes and Lenovo volunteers handed out hockey sticks and soft red balls, an empty meeting hall transformed into an arena. They worked through quick training exercises before playing a few games of pirate-inspired keep-away. Balls rolled in every direction, kids and adults chased each other around, and a few campers even managed to score on a professional player. Fleury then signed autographs, took selfies, and thanked the kids for brightening his day.

“The campers were in awe with every moment of the day and brought with them a curious and positively contagious attitude,” Collins said. “Lenovo is thankful for every opportunity we have to give back to our community.”

Added White, “By giving them this opportunity, they were able to explore their passions and see the possibilities for their futures.”