World Turtle Day is a moment in time to commemorate the diverse existence of both terrestrial and marine turtle species and an opportunity to draw attention to threats facing their survival. The first turtles evolved over 300 million years ago, and although many species have come and gone since their first appearance in the fossil record, there are approximately 356 extant turtle species currently identified. Unfortunately, about 40% of these species are threatened or endangered with extinction. There are, however, actions we can take to help reverse these declining trends.

Terrestrial, freshwater, and marine turtle species can be found on all continents except Antarctica and in all parts of the oceans apart from the Arctic and South Oceans. The largest turtle, the leatherback sea turtle, typically weighs around 1,500 pounds and measures between 6 and 7 feet. Leatherbacks play a vital role in ocean ecosystems by controlling jellyfish populations that in turn consume small fish and fish larvae. They can consume their weight in jellyfish every day. Small tortoises such as the speckled tortoises, aid ecosystem functioning by spreading the seeds of the plants they feed on throughout their habitats.

In other words, apart from these species’ inherent rights to exist and persist in their habitats, they play vital roles in the functioning of various ecosystems. We must protect them.

There are many threats facing turtle species around the globe. Direct take, or illegal harvest, of turtles and/or eggs for consumption or sale in the illegal wildlife trade is an overarching threat affecting marine, freshwater, and terrestrial species of turtles.

How technology can help

The Leatherback Project tackles some of the major threats facing sea turtles using innovative technology solutions. We are testing bycatch reduction technology such as green LED lights on gillnets in Ecuador and using other technological advances such as underwater remotely operated vehicles (ROVs) and drones to monitor beaches and reef habitats for sea turtle presence and activity.

The large screen, versatility, portability and compatibility of the Lenovo Tab P11 Pro has been key to operating the ROVs and allowing our team to make real-time observations in the field in difficult conditions. On nesting beaches, we use temperature data loggers to monitor the incubation temperature of developing sea turtle embryos, which can help us know how to mitigate threats of rising beach temperatures around the globe.

We also use advances in artificial intelligence to generate a photo identification program for leatherback turtles to enhance data collection and collaboration for the conservation of this species internationally. Complex data analysis, mapping, programming, community presentations, and team training have all been made possible in the field due to the functionality and reliability of my ThinkPad!

How can you help?

We make choices every day that affect the planet and its species. There are a wide array of ways to help protect turtle species:

It’s up to each of us to protect our planet, its habitats and its species to maintain ecological balance and livelihood for future generations. 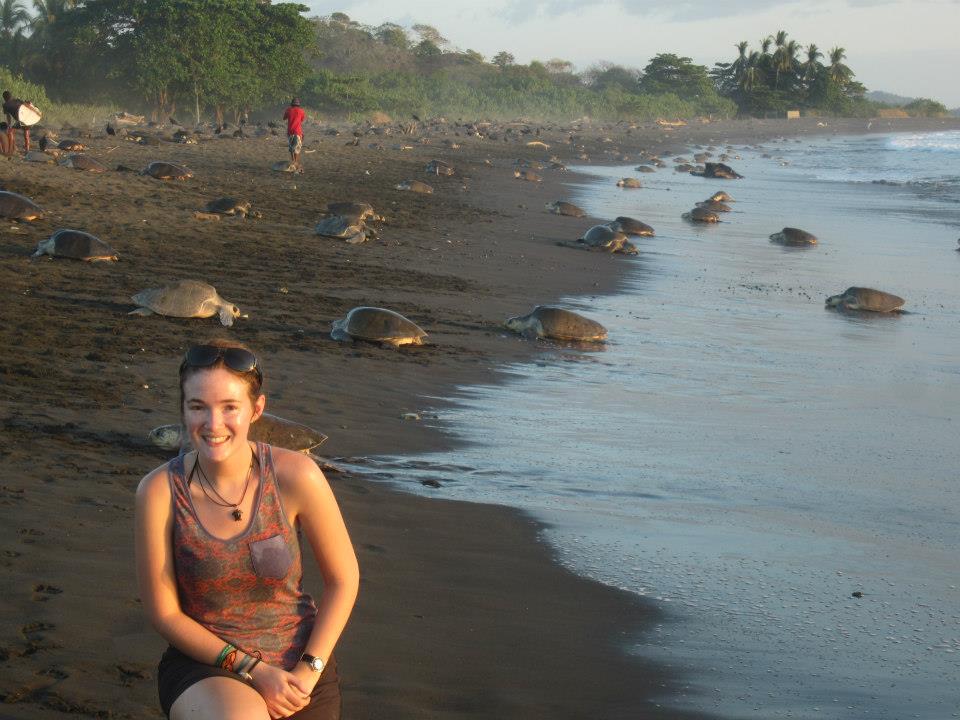 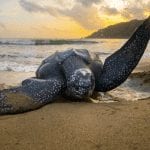 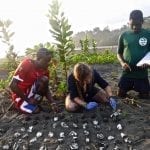 Meet Callie Veelenturf. She’s a Marine Biologist on a mission to save the leatherback sea turtle population. How is she doing it? Here is a sneak peek into her day. 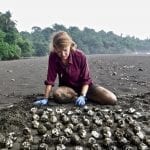