Go To content Related Stories Signup for Update Open Menu
Lenovo StoryHub > From Computer to Computing: How Technology in Streets and Shops is Changing Lives

Lifting a smartphone near one of Barcelona’s picturesque churches triggers a tourist video to play instantly on screen, while in the city’s glamorous Mercat de la Boqueria, a personal shopper broadcasts food recommendations directly via high-tech augmented reality glasses.

These are just two of the many uses of the ‘smart city’ technology now in use across Barcelona, all powered by a network of unassuming smart street cabinets throughout the city, where edge servers allow faster, more responsive computing, enabling high-tech services from autonomous driving to ‘holographic’ education.

The transformation of Barcelona into one of the smartest cities in the world is just one example of how computing is everywhere, with data creation moving from people using things like desktops and mobile devices to machines throughout our streets, shops, and the world in which we live and work. From traffic lights to self-checkout terminals and even wind turbines or industrial robots, Lenovo innovations are empowering artificial intelligence with edge computing that enables faster data processing at the source of its creation and high-performance computing that is helping to solve some of humanity’s greatest challenges.

Barcelona’s smart city is powered by 5G that is poised to transform life in the Spanish city, without the high costs of wired installations and using a secret weapon in the form of edge computing.

The pilot program, in collaboration with Barcelona City Council and the Guardia Urbana, is investigating everything from holographic learning, where students learn at a distance, talking to life-size holograms of teachers, to smart factories, where data from machines helps to improve efficiency.

The technology will also help to pave the way for autonomous driving, with an autonomous bus transporting visitors to the Fira de Barcelona Gran Via venue as part of the pilot scheme, while cameras across the city monitor traffic for accidents, alerting the authorities instantly when two vehicles collide.

Key to this is Lenovo’s Lenovo ThinkEdge technology, built into a network of thousands of street cabinets across the city, which enables fast, responsive intelligent experiences. Multi-access edge computing (MEC) helps to ensure services work smoothly and helps devices, such as internet of things (IoT) sensors and cameras deliver data where it is needed, fast.

Normally, data travels from the smartphone in someone’s hand to a data center, then back again. With Lenovo’s ThinkEdge computing technology, the query is answered in a roadside cabinet in Barcelona, with edge computing servers that enable response speeds as low as five milliseconds. The ruggedized servers use the industry’s most stringent security measures and are built to withstand Barcelona’s hot summer temperatures, as well as the city’s chilly winters.

In the future, these edge servers can help in the battle against climate change, by sending messages from traffic lights to cars, warning when they are about to turn red, and helping them drive in a fuel-efficient fashion.

Around the world, self-checkout has become a central part of the shopping experience – but what happens when items are scanned incorrectly?

American retailer Kroger, the largest supermarket chain in the U.S. with over 2,700 stores, is shaping the future of self-checkout and mitigating loss using artificial intelligence (AI).  A high-tech solution using powerful Lenovo edge AI servers and Lenovo’s partner, Everseen’s Visual AI™ platform, helps Kroger spot when something is going wrong at the checkout.

The Visual AI application records shoppers at the self-checkout, running on powerful Lenovo artificial intelligence servers that operate in real-time to help the platform step in when a scanning error occurs. An “error” could be anything from a non-scan, where an item is ‘missed’, to fraudulent activities such as ‘product switching’ where customers put a sticker from a cheap item (say a potato or a pepper) onto a more expensive item.

Lenovo servers intelligently process the video data, so the AI system offers customers a real-time ‘nudge’ if an error occurs, with a five-second video displayed on screen. If the customer fails to resolve the problem, a shop assistant is notified.

Key to this powerful capability are Lenovo servers built for AI, packed with NVIDIA GPUs that are designed to filter through significant amounts of video data that would take humans days to sort through. Each Lenovo AI server can handle data from up to 20 high-resolution cameras at once, in real-time.

For Kroger, the effects are very real: cutting losses, but also helping stores to stay abreast of inventory, meaning that they don’t run out of key products.

In the future, AI servers may help monitor cameras in the aisle to watch for moments, such as when large quantities of one item are removed at the same time. They may also help keep on top of deliveries to the store, ensuring that what arrives at the ‘back door’ is what was actually ordered. Additionally, when customers ‘click and buy’, AI cameras may ensure that what they leave with is what they ordered, cutting down on frustration and repeat visits to the store.

In a converted 19th-century church on the edge of Barcelona, a massive machine in a glass-encased room could solve some of the biggest problems facing the human race.

Unravelling the human genome could unlock a new age of personalized medicine, which could power breakthroughs against previously ‘incurable’ diseases. Instead of one medicine to fit everybody, people will be treated with medicines tailored to their genes.

But unravelling the mysteries of the human genome takes a huge amount of computing power. In Barcelona, Lenovo’s MareNostrum supercomputer, recently voted as the World’s Most Beautiful Data Center in the picturesque Torre Girona chapel, is at the forefront of analyzing the complete genomes of different population groups.

Multiple international groups of scientists are researching this problem. But processing such information requires dealing with petabytes of data: hence the use of high-performance computing resources, such as the MareNostrum supercomputer to accelerate scientific outcomes.

As a Lenovo-based supercomputer, MareNostrum is capable of about 14 thousand trillion operations per second. Such HPC resources will be crucial to unravelling the biggest problems facing the human race, from cancer to climate change to the energy crisis. 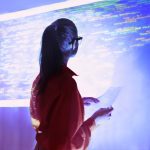 Innovative technologies such as edge computing, AI, and HPC are taking computing beyond desktops and smartphones – and changing the way we live. 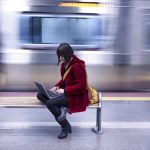 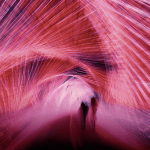