Finding Strength in our Differences: Diversity and Inclusion at Lenovo

As society changes, so too does its expectations for the workplace. In this second chapter of Lenovo and Intel’s “Diversity and Inclusion in the Global Workplace” study, Lenovo’s Chief Strategy & Marketing Officer, Gina Qiao, explores the evolution of what workers want and how companies will need to pivot to meet the needs of future generations of employees.

When my daughter recently told me that she would be following in my footsteps and embarking on a career in marketing, it took me by surprise. While I love the work that I do, I had never actively influenced her in that direction, but something must have cut through regardless.

Having had time to reflect, I can understand the draw of a career in marketing, especially in a world where purpose plays a pivotal role in where we work, what we do, and how we live our lives. My daughter seeks to make her own change in the world, and what better platform to drive this than the story-driven, purposeful role of marketing?

She also represents something incredibly exciting: the next generation of change makers who will lead us into the future. This feels especially pertinent this week, as we launch the second chapter of our “Diversity and Inclusion in the Global Workplace” research, conducted jointly with Intel, which looks at evolving public values in Brazil, China, Germany, the UK, and the US, as they relate to diversity and inclusion (D&I). The study illustrates some interesting differences across generations, geographies and, to a lesser extent, genders. 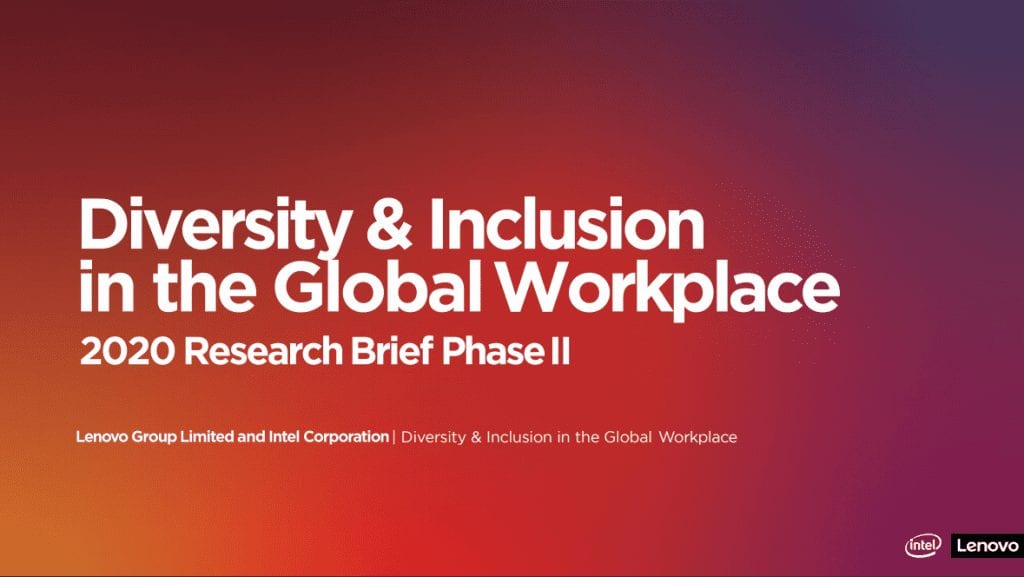 I can appreciate how important diversity is to an organization. As a woman with a “seat at the table,” I have worked hard to make my voice heard – not only as a woman among men, but in situations where even my primary language presented a hurdle, something I recently reflected on in another LinkedIn post on my 30-year anniversary with Lenovo.

What the study shows us is that, while we have more common ground than ever, the way we understand the world around us can be fundamentally different.

In this chapter, three key themes resonated with me:

The evolving definition of diversity

One of the most interesting takeaways from the report is how people define and prioritise diversity. Their point of view depends on where they live. It shows me that no matter how collective a desire for change, our approach of having a global framework with local flexibility is the right way forward for us.

Overwhelmingly, respondents said there is an increased awareness of a lack of leadership diversity in the workplace, but the ways we seek change differ. Based on the number of respondents that indicated that they want to see more training on D&I issues, its apparent that there is also an increased willingness to act on these issues too.

While all markets indicated it is a top priority to see women in leadership positions, the U.S. was the only country to place representation of ethnic or racial minorities as one of their top two concerns. However, this group appeared within the top three priorities for most countries, indicating a greater awareness globally of diversity at all leadership levels.

In Brazil, Germany, and the UK, those living with disabilities were identified as a group that need more consideration from businesses. To me this shows that more work must be done globally to ensure that workplaces offer a more welcoming, and accessible, culture for employees who are living with disability.

In China, the research highlighted the importance of creating a more supportive company culture for working parents, showing an increased desire for a greater work-life balance – something we are striving to realize for all employees. I found this interesting, as many may not think of parents as a core aspect of diversity, but the research shows us it is.

With 63,000 employees living and working within 60 different countries around the world, we are lucky at Lenovo to have the opportunity to learn from such a geographically diverse collection of people. 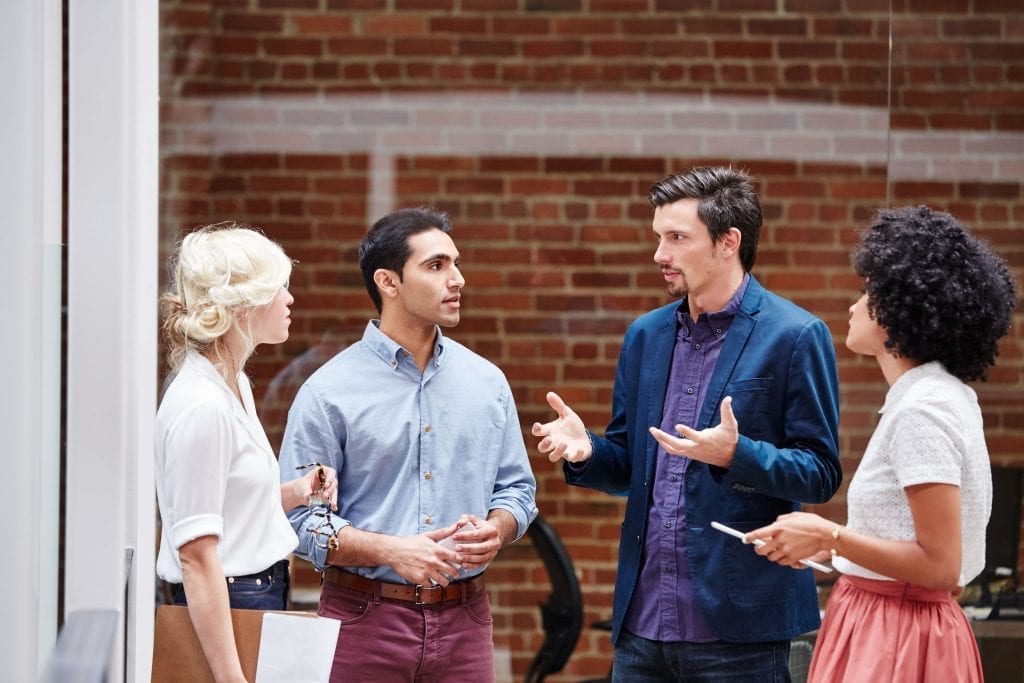 We are all seeking change, but women see higher value in D&I

There is a quote from Mahatma Gandhi that comes to mind when I think back on my early career: “Be the change you wish to see in the world.” At the beginning of my career journey we did not have a clear model for female corporate success and had to walk a path that was punctuated by unexpected obstacles.

While there were not many women in leadership positions to look up to back then, today, as I look around at my peers and the wonderful colleagues I have worked with and learned from over the years, I know the value of finding common ground.

Our report results showed a continued trend in increased positive sentiment towards D&I initiatives across all employees. Interestingly, however, results showed that it is women who are most passionate about increasing awareness of, and education around, our differences.

At Lenovo we are giving women a platform to learn from others and create change in the organisation through our sponsorship programme. This pairs some of our talented female employees with other leaders in the business, enabling a two-way learning opportunity for those involved.

In terms of what men and women find the most important in their workplace, we have seen a significant increase in men seeking better work-life balance. This further increased among higher income individuals, indicating that with more affluence comes a greater expectation of flexibility. While work-life balance continues to be a key driver for women (ranking in the top three concerns in most countries), overall women placed more importance on access to health insurance and strong safety standards at work.

Having an awareness and understanding of these evolving attitudes is crucial for business leaders as they help us design and evolve our policies and practices to address the evolving needs and values of their employees.

Thinking back to my daughter, I feel proud about the work that the next generation is doing to right the wrongs they see in the world. This was something we saw clearly reflected in our survey data when looking specifically at what the younger generation want.

Our results showed that Gen Z are more energised than ever around D&I. When asked whether they believed it was important that companies provide specific benefits and opportunities for groups with different needs, 77% of Gen Z responded positively, in contrast to 58% from the Baby Boomer generation.

They are also considerably more passionate about actively creating space for minorities in their workplace. An overwhelming 83% of Gen Z respondents believe it is important for companies to implement programs that ensure diversity and inclusion at every level, from interns to the boardroom.

The generational divide was also clear when looking at their leadership aspirations, with over three quarters of Gen Z and of Millennials highlighting progression opportunities as a huge driver for their career decisions.

When I look back on the last six months, I sense a renewed energy for change in the air. As we take stock of the ways in which our world has shifted and look towards reimagining our lives and world, we at Lenovo will use this research as a roadmap for change.

This is the second instalment of Lenovo and Intel’s “Diversity and Inclusion in the Global Workplace” study, which explores attitudes around diversity and inclusion in the workplace and underscores the critical need for access to technology. Additional chapters around modern mentorship and D&I’s role as a workplace trailblazer are to be announced throughout the remainder of the year. 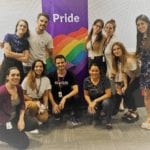 How Diverse Communities Find Their Voices and Build an Inclusive Lenovo

Lenovo’s employee resource groups have brought employees together to find community with their peers – both inside the office and at home. 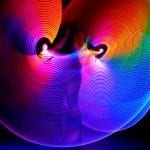 Virtual Realities: Internships in the Age of COVID-19

As people transformed their lives to deal with coronavirus, Lenovo needed to get creative with how we maintain meaningful internships. 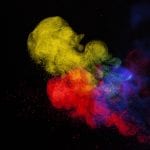