Artificial intelligence (AI) is already changing how businesses operate, the products they create, and how they interact with technology. As the Fourth Industrial Revolution comes into full effect, AI will have the potential to transform nearly everything, particularly as 5G and IoT become mainstream. At the recent Inclusion in the Workplace Summit, we spoke with several leaders from powerful brands and independent experts about how they’re integrating AI into their business practices, and we got their perspective on how it impacts society now and in the future.

Here’s what they told us.

“AI magnifies whatever it’s trained to do, so it magnifies the good, and it has the unfortunate side effect of potentially magnifying bias, i.e., the bad if it’s not trained properly. AI also has the ability to look at data fairly objectively if trained right. Things like diversity and inclusion are highly subjective. They’re in the eyes of the recruiter, the hiring manager, the sourcing agents, etc. AI allows you to switch that fairly significantly to be far more data-driven. If it’s trained by the right subject matter experts with the right data that’s actually based on the demographic of what’s really going on, then it starts creating better decisions.” 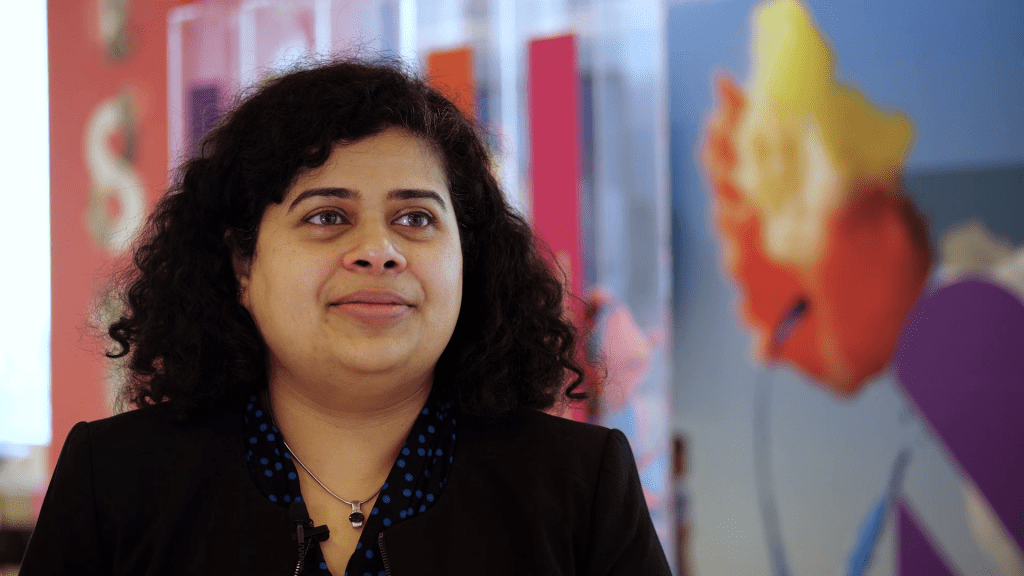 “Technology has power in terms of removing some of the opportunities for bias to creep into the process, implicit bias, and unconscious bias. Some of the uses of technology are opportunities to directly mitigate implicit bias to leak into the process. 8:58 We’re going to increasingly embed our assumptions and biases into the human world into these systems that we’re building. I’m very worried about that. We like to think about AI as it’s impartial, as if it’s objective, as if it’s logical. This is a machine. It’s math. You can’t argue with math, but humans build machines. Humans build AI. And biased humans are building AI. We’re building AI that can very skillfully mask implicit bias, racism, sexism, classism, misogamy, homophobia, and transphobia into this guise of objectivity, and that’s what I think is really dangerous.”

AI can apply to nearly any task in business, from screening resumes to helping a company’s succession plan.

“Scrubbing the data evens the playing field a bit because people just view qualifications for the job, and there aren’t opportunities for their assumptions and biases to creep in.”

“We’ve done a lot of things around recruiting that have been good for the candidate and recruiter, but my favorite actually is what we do for the employee because diversity is at its maximum in a company at recruiting time when people are conscious about hiring for diversity. Once they’re in, the nurture is what’s important so you keep that diversity. You don’t end up having a pool of people leaving because they don’t feel like they belong. We created something called Watson Career Coach. It’s a career coach that you can interact with and talk to and get advice on what skills you should gain and what interactions you should have. It provides information access and opportunities to people who don’t have watercooler conversations who very often are women and minorities. It’s been highly popular within IBM. Every IBMer has it in their pocket.”

“You can insert bias into AI, and it undoes what you intended it to do. It’s very important whether it’s recruiting, the selection process, and in other ways, succession planning. Companies don’t think about who is ready for the next role. Are there ways you can eliminate some of the biases into that process? Think about once people are into the company – the level up – what tools do you have to remove the biases so they become the next senior executive in the company?” 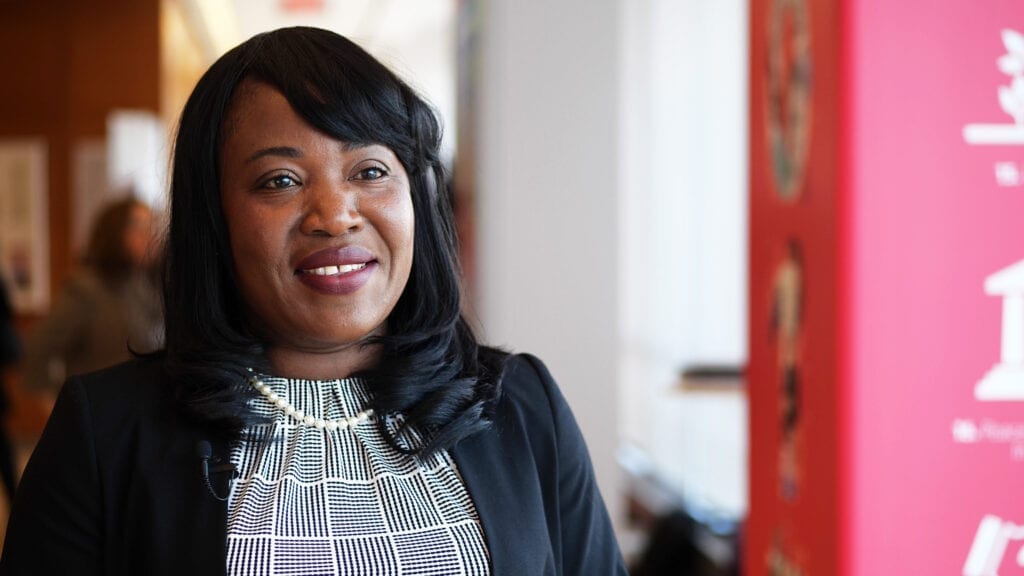 AI is only as good as the training set of data.  Understand the research design behind the AI.

“Know who trained it. Make sure it’s trained by subject matter experts. I can tell you that our algorithms are trained by a set of neuropsychologists, behavior analysts, and engineers that come from different parts of the world, and the reason that’s important is because different universities have different schools of thought. You want functional and geographic diversity in the algorithms – make sure this diversity is systematically planned. The second thing is transparency. If you met me, and I just gave you random advice, go eat there, that’s great, and I walked away, would you walk into the restaurant? Probably not. You’d ask me why, so make the AI tell you why. Expect that transparency of how it came up with the advice that it’s giving you. The third thing that’s equally important is what data did they use to come up with that decision. If it’s your data, make sure they’re not taking that data and using it for somebody else. It has to be the right data based with some element of your data and that combination gives you answers that are useful for you.”

“We can develop a better solution, so we’re having conversations within the company as well as outside learning about best practices and what is the right formula or the governance so we can ensure we have diversity in our artificial intelligence.” 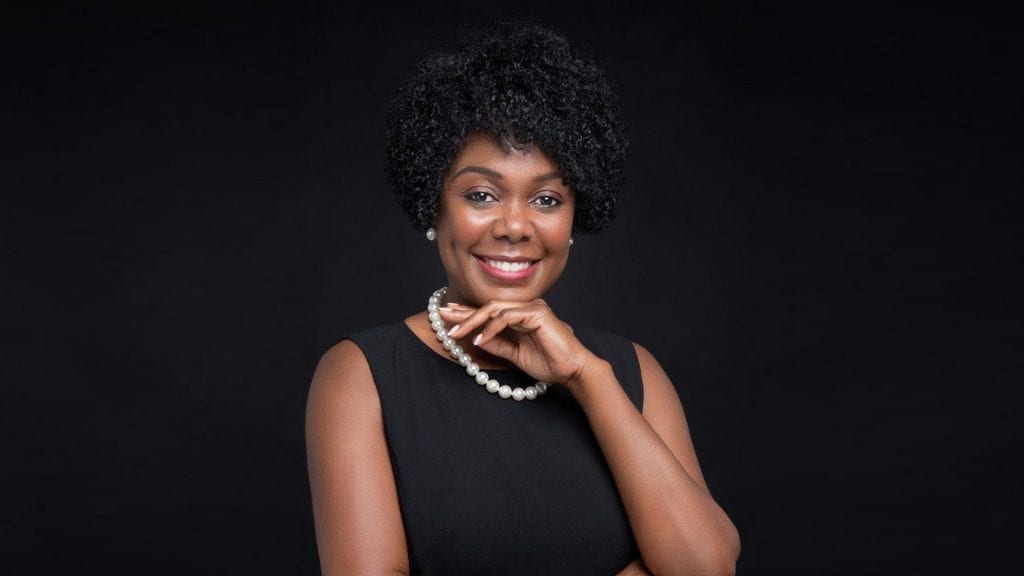 This is part of our series exploring the trends in Diversity and Inclusion touching business today. Explore the full series here.
[ssba] 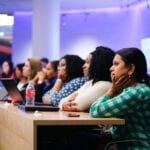 Lily Zheng has seen what happens when companies decouple diversity and inclusion. She describes it as the disconnect between positive intentions and positive impact. 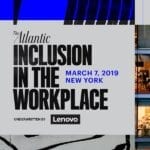 Playback: Inclusion in the Workplace Summit in NYC

Diversity & Inclusion is an essential part of Lenovo’s identity and vision for the future. We want to bring smarter technology to all – regardless of gender, race, geography, or socio-economic challenges. On Thursday, March 7, we worked with The Atlantic to bring together thought leaders from across industries to discuss how we can all […]