Go To content Related Stories Signup for Update Open Menu
Lenovo StoryHub > Joining the Beast With the Man: Why MotoGP Is Safer Than Ever

In August of 2019, Ducati’s Andrea Dovizioso and Yamaha’s Fabio Quartararo crashed in the middle of the British Grand Prix. Dovizioso was airlifted to a hospital with aches and pains only for doctors to discover the Ducati star had suffered no major injuries. Dovi checked out of the facility later that day.

Dovizioso benefited not only from good luck, but a slew of recent innovations in motorcycle racing that have changed the face of the sport for good. 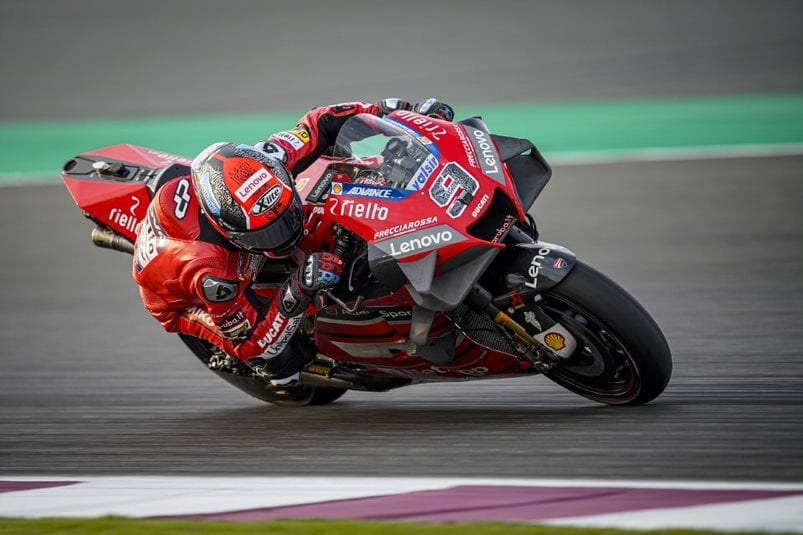 Part of the macabre appeal of MotoGP is the constant threat of danger — an occupational hazard when you’re zipping around a racetrack at speeds of up to 220 mph. And when you’re a MotoGP racer, crashing is par for the course. But with recent technological developments in racing safety, a crash doesn’t necessarily mean severe injury for the rider.

“In the 1990s, half the riders would be in the hospital with injuries during the course of a year,” said Gabriele Conti, the Electronics Systems Director for Ducati Corse, the racing arm of the Italian motorcycle company. “Now, the crashes aren’t nearly so dangerous, largely because of the help we get from technology and electronics.

Safety informs every aspect of the racing bike, Conti explains, from the design of the engine valve to the fuel it burns. With the help of advanced technology, Ducati racers can control and predict almost every aspect of the bike during a race — a luxury 90s-era racing stars didn’t have. 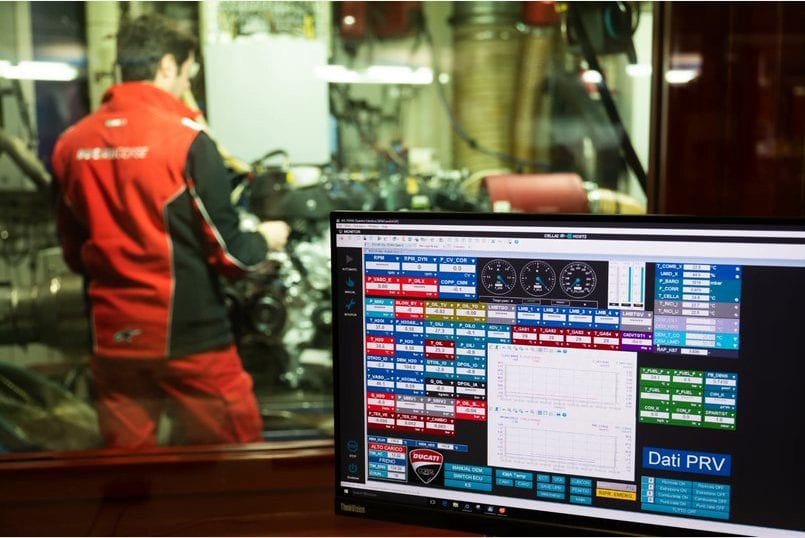 “Back then,” Conti explained, “we didn’t have any electronics helping us with this, so if you missed a turn or an engine light, you’d crash. Now, electronics control every piece of the bike…They can tell you if you’re going too fast and not in control, for example, or help you to reduce power to avoid a fall.”

“Safety technology,” Conti concluded, “has been a huge step for Ducati Corse.”

Lenovo technologies have been vital in the development of new safety innovations, Conti said. Thanks to the massive processing power of Lenovo ThinkStations and servers, Ducati engineers can develop track simulations with artificial intelligence and machine learning that can predict how the bike will react to a particular track and highlight sticky areas for the rider.

From these simulations, engineers develop strategies for power control, breaking, and more. In all, the technology helps Ducati racers “make the right choice on the track,” Conti said. 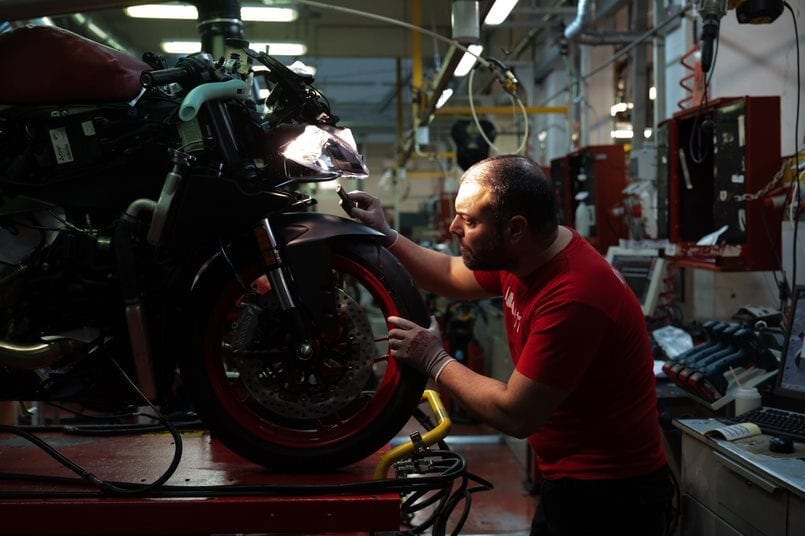 Conti cites the Qatar Losail Circuit as an example. It is a desert track; meaning sand and dust are common features, as is humidity and heat. These external conditions change the behavior of the tires, the braking control, and the speed with which the engine burns fuel. However, using simulations, Ducati can predict how the bike will react before it ever hits the track.

“Fuel consumption changes in different humidities,” Conti explains. “If you use too much, you can’t finish the race. If you use too little, you won’t have enough speed. We try to predict these sorts of things with machine learning.”

One of the most impressive developments in the last few years has been the advent of airbags inside racer’s suits, which MotoGP’s governing body made a requirement for racers in 2019. Worn under the rider’s racing leather, the airbags are packed inside a specialized vest that is hooked up to smart sensors implanted in the bike. An algorithm processes the data from the sensors and can predict a crash before it happens using machine learning, inflating the airbags prior to the rider’s collision with the ground. 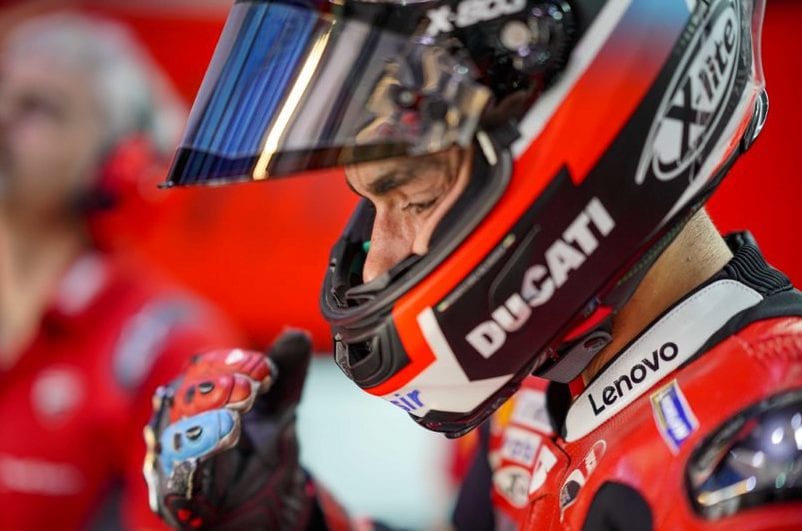 In addition to the airbag vests, riders wear a series of advanced protective armor. Most suits are made of approximately thirteen pieces of thick cowhide leather that are cut and sewn together by hand — a process that takes more than seven hours. Additional protective pieces slip into pockets to protect the most vulnerable body parts, striking a balance between absorption power and ease of motion. Riders also wear protective gloves and boots and specialty full-face helmets that are customized to each rider’s preferences and dimensions.

All of these innovations have contributed to the increasing safety of MotoGP racing, which has seen the number of fatalities and injuries decline steeply since the sport’s conception in 1949. Indeed, in a recent study researchers found the overall injury rate to be 4.14 per 1000 practice kilometers and 3.8 per 1000 race kilometers. Serious injuries, the study concluded, rarely occur during MotoGP championships.

MotoGP has technology to thank for that. According to Conti, it is the secret sauce behind the increased safety of the sport — and it is only making racing more exciting.

“With technology,” he said, “we’re more effectively joining the beast with the man.” 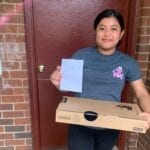 In response to COVID-19, Lenovo worked with USCRI to deliver laptops to students across North Carolina for distance learning.