Three years into a technology partnership with now-title partner Lenovo, Ducati brought home the MotoGP Constructors’ Championship for the second year in a row this November. It’s a testament to Ducati’s commitment to innovation and ability to leverage powerful data insights using Lenovo’s potent computing and modeling solutions.

It was 13 laps into the Valencia Grand Prix when Francesco “Pecco” Bagnaia’s big moment came. He picked up momentum coming out of the course’s gentle twelfth turn and, bearing down behind frontrunner Jorge Martin, edged his Ducati Desmosedici GP21 around the circuit’s final left-hand turn, past Martin and into first. It was a mild and sunny day in Spain, but the atmosphere was thunderous.

The lead grew and then held, with Bagnaia finishing first by less than half a second. Teammate Jack Miller was not far behind in third. Ducati won the Teams’ Championship for the first time since 2007. 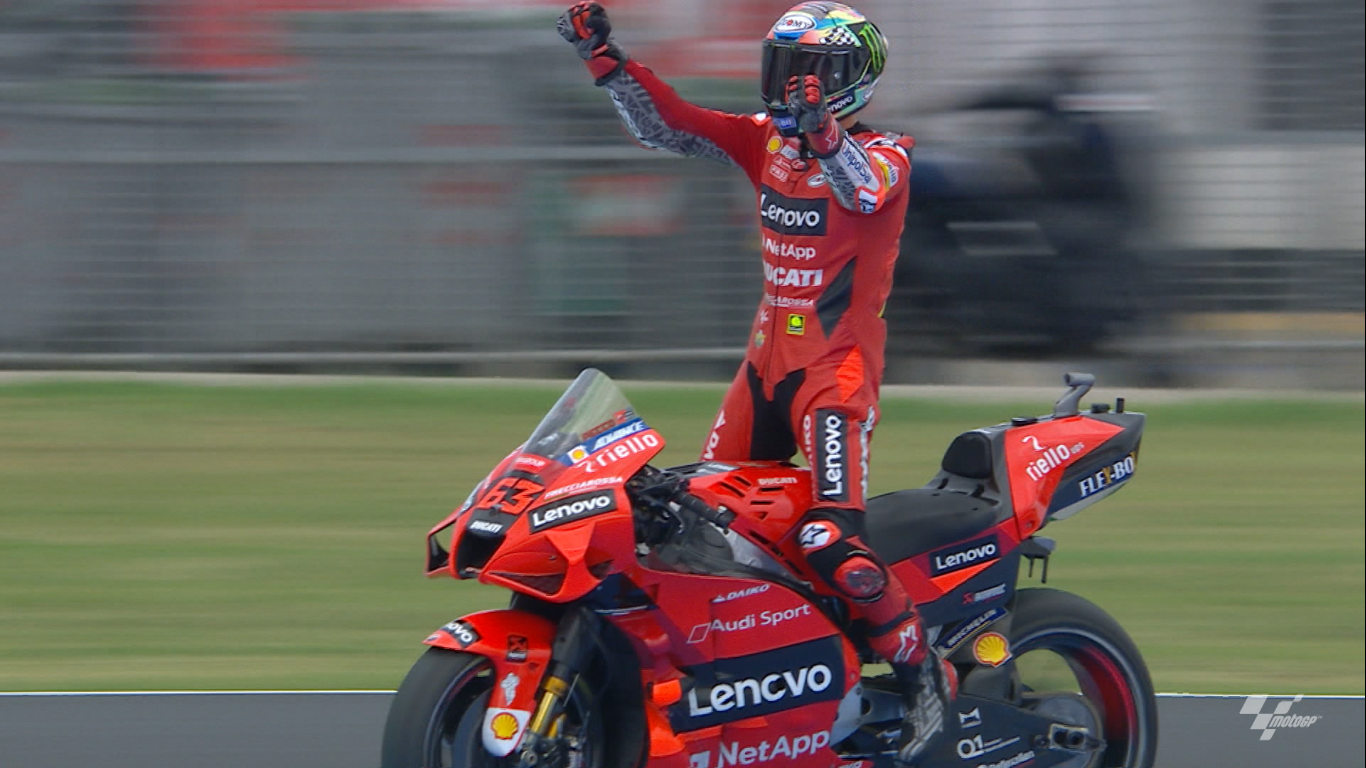 This victory rests on a foundation of tech innovation and was rehearsed using data. In the third year of Ducati’s partnership with Lenovo – the first with Lenovo as title partner – the edge afforded by data insights and modeling has been crucial.

Of course, in MotoGP, winning is impossible without a rider’s exceptional, fearless instincts. But performance on race day is also the culmination of hard work that begins long before. It’s a process that relies on visionary tech built into every stage of the preparation, enabling engineers to model and predict complex aspects of a motorcycle’s behavior.

Even before winning the last race of the season, Ducati had this year’s Constructors’ Championship in the bag for the second year running (manufacturers earn points toward the Constructors’ title based on the top two finishers in each race who are riding their bikes).

The coveted title was clinched at the Algarve Grand Prix in Portugal. Bagnaia and Miller brought Ducati a double podium on a track often considered one of MotoGP’s most difficult. But it’s been a long road. Before these back-to-back awards, thirteen years have passed since Ducati last claimed the Constructors’ Championship. 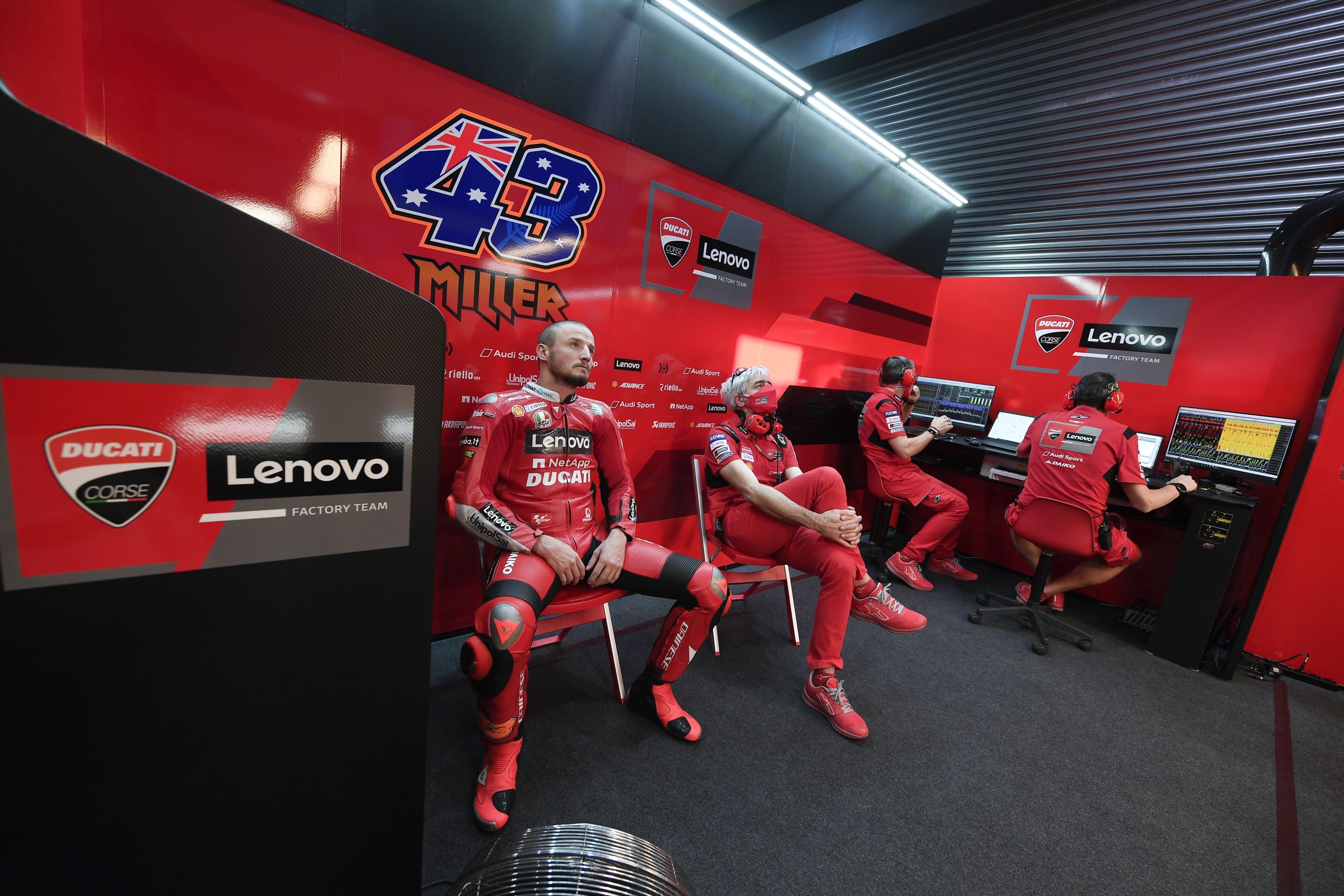 What changed? One major advancement is that Ducati uses Lenovo technology to test and model bike configurations, iterate effortlessly, go deep on data and communicate seamlessly during years of turbulence that demanded remote solutions.“Lenovo supports us with technology that enables simulations of the Ducati bikes on this track, providing our technical team with all of the data to correctly fine-tune the bikes electronics and aerodynamics,” said Dall’Igna.

On the grueling MotoGP courses—where winning often comes down to fractions of a second— smart decision-making is critical. As a bike comes in from a test ride, there are just minutes to download data and re-configure the bike for the actual race. In this pressure-cooker environment, the dependable computing power of the ThinkPad P1 mobile workstations is indispensable.

“We have something like five or six minutes to download data, to share data with track engineers, electronic engineers, staff engineers. We have to work on the setup of the bikes and the tuning of the numbers in these few minutes. You can imagine how important it is to have power and reliability,” said Gabriele Conti, Electronic Systems Manager, Ducati Corse.

Machine learning and high-performance computing allow for vital modeling and testing of bike and tire performance under a huge range of conditions.

The fruits of that exhaustive testing can really shine on a track like Valencia. It’s a circuit with a little of everything – direction changes, a long straight, a mix of fast and slow turns. Modeling enables the team to adjust for each rider’s style as it meets the course – to great success.

“Pecco has a very unique riding style. He leans heavily into the braking and the following entrance procedure to gain a superior performance delta compared to other riders. These are critical phases for which simulations help us greatly to understand how we can optimize his bike for these specific factors,” said Dall’Igna. 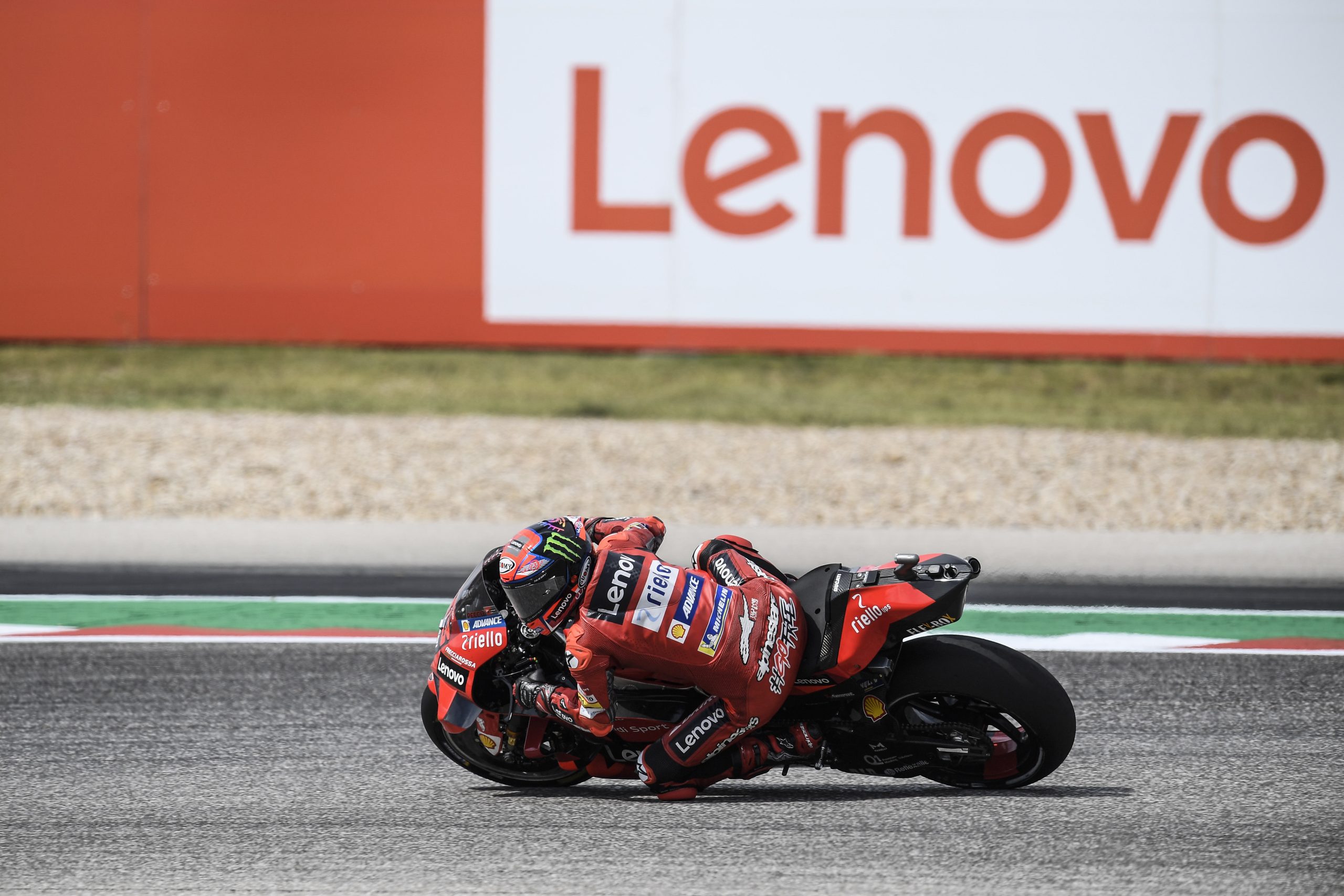 The outcome at Valencia was all the sweeter because it marked a new milestone: For the first time in MotoGP history, all three riders on the podium rode Ducatis.

So, what’s the mood at Ducati Corse after another big win? The team is ready to get back to the data. They don’t dwell on the races already won but on what’s ahead.

“The data we collected in these years are a solid ground on which to build the next championship,” said Dall’Igna.

For the riders too, last season’s finish line is already in the rearview. After all, there’s a new season to win, and no time to waste.

“We have a very good base for next year,” said Bagnaia, “and I hope to start as we finish.” 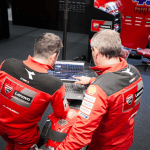 Innovations in big data and AI have led to major gains thanks to ever-smarter modeling that helps riders and their bikes tap into a new level of flexibility and agility. Lenovo’s technology solutions have sharpened Ducati’s mastery of motorcycle design, leading to superior performance on the track. The year was 1949, and the first motorcycle [...] 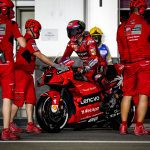 How Advanced Modeling Fuels Ducati’s Race to the Finish

Advances in modeling mean Ducati can test more possibilities than ever before. Their designers, engineers, and riders are constantly pushing for more accurate predictions of what their bikes are capable of on the track. So, it’s no wonder they’re creating some of the most efficient and powerful bikes in the world. There was once a [...]